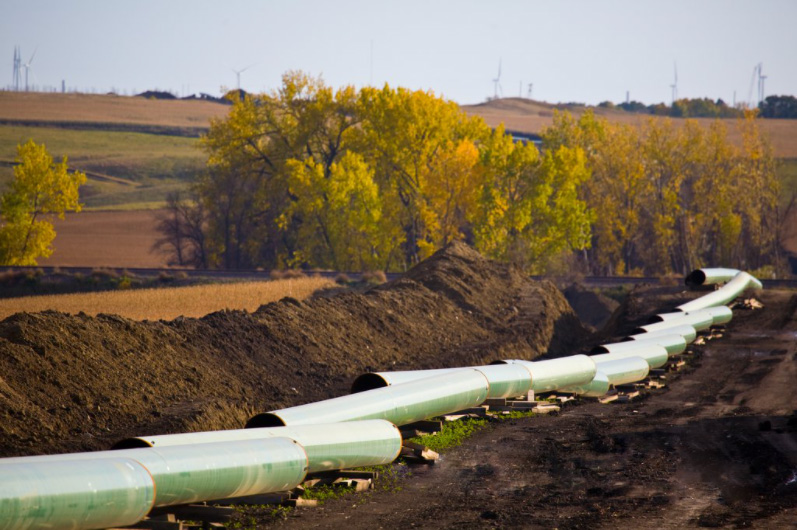 Many Canadians, including some leading key Canadian economic sectors, may view the advent of a Biden presidency, coupled with Democratic control of the U.S. Congress, as a welcome return to “normalcy.”

What constitutes “normalcy” is debatable, but many hope it would include a restoration to certain trading norms — for example, no longer invoking tariffs on spurious security rationalizations, and restored commitment to existing international security, health and environment organizations and processes. Many hope it also includes less “chaos,” meaning greater predictability in policy direction — almost regardless of the merits of that policy — and, ideally, more alignment with the centre-left policy direction of Canada’s governing Liberals. Presently, this is doubtless the majority view within Canada.

However, for Alberta and its hydrocarbon production sector, a Biden presidency will be extremely problematic, if not utterly disastrous.

Biden will disable the completion of KXL. It is implausible not to think otherwise.

KXL remains the most strategically important hydrocarbon infrastructure project for Alberta, providing the most economic access to its premium long-term market — the U.S. Gulf Coast refining complex, which is optimized to run heavy oil — for its oilsands production.

Despite having in hand a Presidential Permit to cross the Canada/U.S. border as well as completing the KXL international border crossing in Saskatchewan and Montana this past May, a Biden administration will resort to revisiting existing environmental approvals, stretching out the issuance of required normal course federal permits principally for remaining water crossings, and imposing new regulatory requirements to frustrate completion of the project. And who can logically expect much, if any, intervention from the Trudeau government to resist such an assault on Canadian interests?

Disabling KXL is too convenient a gesture to prove Biden’s climate bona fides to much of his leftist base, just as it was for the Obama administration. Imposing costs on Canada is comparatively easy to rationalize, especially if the Trudeau government is indifferent and complicit.

But more broadly and importantly, Biden’s $2-trillion climate plan will only embolden and validate the Trudeau government’s intentions to transform Canadian energy systems and constrain the potential of Canadian hydrocarbon exports, regardless of the net cost to Canada.

Biden’s climate plan is premised on decarbonizing the U.S. electric generation sector by 2035 and ultimately to achieve zero net emissions by 2050. It’s highly doubtful these policy objectives will be met in any material way by reliance on carbon pricing, and more likely will be tackled by massive regulatory and fiscal intervention into U.S. energy markets.

As an example, think of existing extreme climate initiatives in place in California becoming federalized.

Little, if any, tolerance exists for growth in the U.S. hydrocarbon sector from the Democratic base and its Congressional representatives. Biden’s most recent debate performance confirms that he shares that basic attitude. All energy related decisions from his administration will be tested in that context, and apparently with little regard for the costs to be imposed on Americans over the short and medium term.

The current Trudeau government is committed to follow the same fundamental objective. Trudeau has not, as yet, been as candid as Biden has been that the end of hydrocarbon production and consumption is the inescapable consequence of their climate aspirations, regardless of any considerations of net benefit to Canada.

Canada cannot afford to lose the economic contribution of its hydrocarbon production sector. It represents five-10 per cent of Canadian GDP, with no credible alternative available to replace this contribution, notwithstanding the glib invocations of a coming viable “green” economy. This is even more obvious given the massive challenge Canada faces in recovering from the unprecedented levels of debt incurred to mitigate the impacts of the COVID-19 pandemic. Losing that contribution, and especially growth in that contribution, over the remainder of the decade is enormously problematic.

Climate change is a risk to be dealt with. That has to be confronted by all developed nations, and Canada cannot avoid that reality.

The Trump presidency has been very deficient on advancing any credible climate policy — essentially adopting climate denialism. That has to be acknowledged. A re-invention of the current UN process is required. It’s doubtful that will be pursued by any Trump second term. But that does not stop Canada from being an advocate for such re-invention, one that is based on uniform carbon pricing across developed economies, and balancing better the actual climate risk to be mitigated with the cost of the policy instruments themselves. It could also include gradual rising carbon pricing coupled with adaptation versus massive costs to mitigate — a policy that could see Canada prosper without disproportionate and unjustified sacrifice.

Imperfect choices exist for the U.S. president. But a Biden presidency will be manifestly worse, certainly for Alberta and its hydrocarbon production sector, “normalcy” notwithstanding. Canada needs to advocate for a more credible and proportionate continental climate and energy policy. But first, it has to get to a federal government that actually knows what constitutes “credible and proportionate.” A Canadian federal election, sooner than later, is a pre-condition for that to occur.

Dennis McConaghy is the former executive vice-president of corporate development at TransCanada Corporation, now TC Energy Corporation. Previously, he was executive vice-president, pipeline strategy and development. He joined TransCanada in 1998, and held senior positions in corporate strategy and development, midstream/divestments, and business development. He has more than 25 years experience in oil and gas. He has also written two books on Canadian climate and energy policy, the most recent titled “Breakdown.”