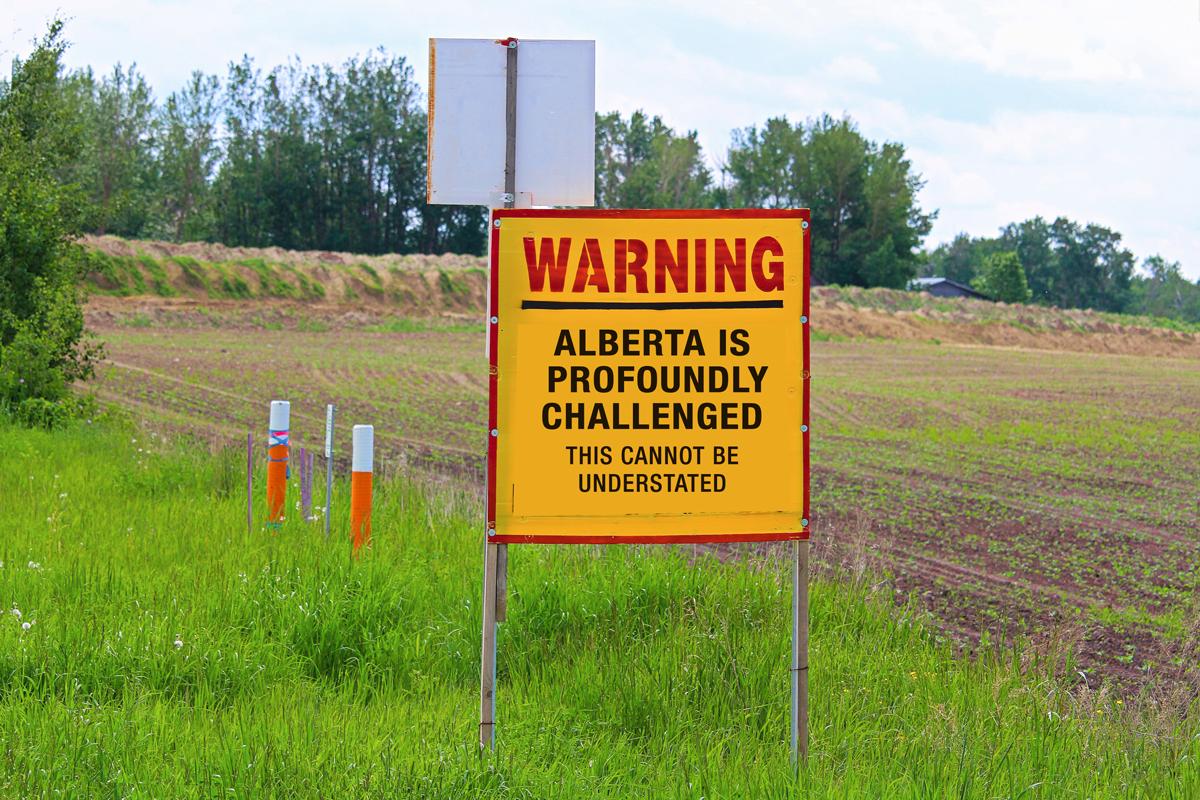 Alberta is profoundly challenged. This cannot be understated.

Over the last ten years it has been assaulted by the North American environmental movement persistently and ruthlessly by frustrating the required market access infrastructure for its hydrocarbons. The value loss to Alberta and Canada has been enormous, escalating into the hundreds of millions.

The fundamental reason has been the contention that the carbon intensity of Canadian oil sands production is unacceptable in a world trying to seriously achieve the stated goals of the UN climate process, 2 C temperature containment. This ignores that fact that the world still demands heavy oil, and other global producers with comparable carbon intensity will meet that demand, regardless of what occurs in Canada.

Add to that, Canadian regulatory and legal review processes that should exist to ensure to the efficient and robust approval of manifestly economic and technically conventional infrastructure are ever more dysfunctional.

The past Alberta election was a fundamental rejection of the approach offered by the Notley government to find accommodation with those elements within Canada implacably opposed to Alberta’s right to expand the production of its hydrocarbon resources.

But the reality remains that the Trudeau government exists and controls two strategically vital decisions to Alberta that will play out over the next two months – the re-approval of the TMX project, and the fate of bill C69.

TMX is the last major pipeline option to provide Alberta’s market access requirements for its oil sands production potential over the short and medium term that remains in the hands of Canadians to decide. Since last August when the project was poised to begin construction, it was set back by the perverse reasoning of the Federal Court of Appeal, now enmeshed in a dubious, seemingly open ended   consultation process.  Whether an actual re-approval will occur in mid-June of 2019 lies with the Trudeau government.

As for C69, it is the legislation that would fundamentally alter federal regulation of major energy infrastructure projects in Canada.  The Trudeau government is committed to its enactment before the end of the existing parliamentary session. C69 has been near universally rejected by Canadian industry as a creating a regulatory process that is too risky, too ambiguous and too pliant to the forces of obstruction to consider actually using. It is the ultimate “poison pill” for future development of required hydrocarbon infrastructure. It was predicated on a false premise that Canadians had “lost the trust and confidence” in the existing regulatory process. A premise proffered by the most economically destructive elements in the country and appropriated by the Trudeau government.  Never proven by any evidentiary process. Truth be hold, C69 is simply retribution against the National Energy Board for having the temerity to provide professionally competent approvals of Northern Gateway and TMX projects over the past five years.

But again the fate of C69 is controlled by the Trudeau government.

Jason Kenney was elected to be a champion for Alberta, better reflecting to the rest of Canada its frustration and anger with how its legitimate interests have been assaulted. But reality still has to be faced.

Ultimately, Albertans should expect from Kenney to put before the Trudeau government a reasonable compromise that would ensure a TMX re-approval and that C69 is not enacted in its current form in this parliamentary session.

Alberta should commit to not litigating the federal right to impose a national carbon tax, full stop. For that Alberta is assured a TMX re-approval asap, no further aimless negotiating with the implacably opposed.

Secondly, and this is a very major concession, Alberta will leave the existing oil sands emission cap “as is”, no change. For that, Ottawa agrees to a “do-over” of C69. One that is not to serve the most leftist elements in Canada society but rather one that is collaboratively negotiated with those industries and provinces most reliant on an efficient and predictable regulatory process for major energy infrastructure under federal jurisdiction.

Little downside exists in risking “yes” for an answer to this compromise for Alberta. At worst, Trudeau rejects it, but by doing so informs all Canadian of his fundamental unreasonableness. Or, preferably, by acceptance, a real tangible breakthrough is achieved for Alberta.

Is Trudeau capable of statesmanship and economic literacy to accept such an offer?  Who can be sure that even after having spent $4.5 billon of taxpayer money to preserve TMX he would prefer to simply engage in endless, open-ended consultations?  Or that he actually identifies with C69 as key element to deconstruct an Alberta economy premised legitimately on hydrocarbon production. And  that no cost to be imposed on Alberta and Canada is too great in service of trying to meet Canada’s implausible carbon emission reduction targets, so recklessly committed to in Paris in late 2015

Time for statesmanship. Time to out those that would destroy a major element of the Canadian economy.