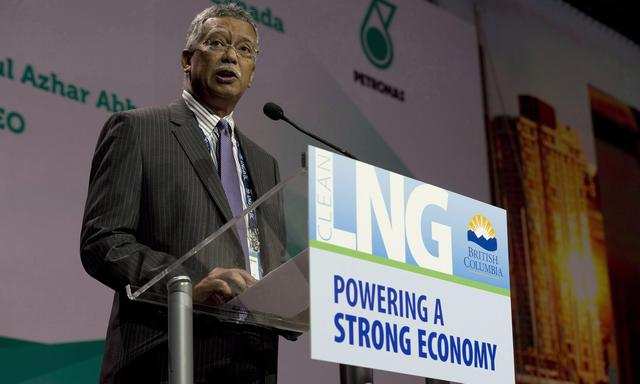 News that Petronas has cancelled its plan to build a $36-billion liquefied natural gas development in British Columbia should shake Canadian politicians and citizens out of their anti-energy stupor.

On Tuesday, Malaysia’s Petronas announced its Pacific NorthWest LNG project would not proceed. It’s one of many energy projects that are stalled or being walked away from by industry in Canada, with corporations caught up in labyrinths of needless government red tape that has turned seemingly every large capital project into Kafkaesque nightmares for legitimate businesses.

Not surprisingly, those companies are finding friendlier, faster and less costly places to do business.

“This is a tragedy for Canada,” said Dennis McConaghy, a former senior executive at TransCanada Corp. “It’s a real condemnation of this country and the utterly unproductive entities in it that simply make any development virtually impossible,” he told Postmedia’s Claudia Cattaneo.

That is not hyperbole. This is a tragedy, and not only for British Columbians and Canadians. Liquefied natural gas can help offset enormous amounts of CO2 from entering the atmosphere by helping countries like China and India decrease their growing reliance on coal to power their economies.

The B.C. government is blaming low liquefied natural gas prices as the main reason for the West Coast project being aborted, as is Petronas. But behind the scenes, some energy players are blaming opposition from anti-development environmentalists and aboriginal groups, along with grindingly slow government regulatory processes in a world where other countries — like the United States and Australia — can get projects off the ground for less cost and less time in an environmentally sound way.

More than $400 million was spent by Petronas on the Pacific NorthWest project as it wound through federal and provincial regulatory processes. In 2012, Petronas bought Progress Energy for $6 billion and has spent $2 billion per year to solidify the viability of its natural gas reserves.

When the price of LNG dropped world wide, the previous B.C. government didn’t work with Petronas to help ease the project along, and instead vowed to raise the province’s carbon tax and seek a “fair return” for energy resources.

During B.C.’s recent election campaign, now Premier John Horgan frequently referred to Pacific NorthWest LNG as needing to relocate its export terminal, which could require another regulatory and environmental assessment. It all adds up to make Canada a risky investment, constantly changing the rules and putting its hand out for more payoffs.

After Petronas announced the cancellation of the project, B.C.’s newly minted energy minister, Michelle Mungall, said the province “will move on to support the prospects of British Columbia’s natural gas sector to create good-paying jobs right here in British Columbia.”

That will require a complete change in the mindset of the B.C. and federal governments. It’s long past time to wake up.