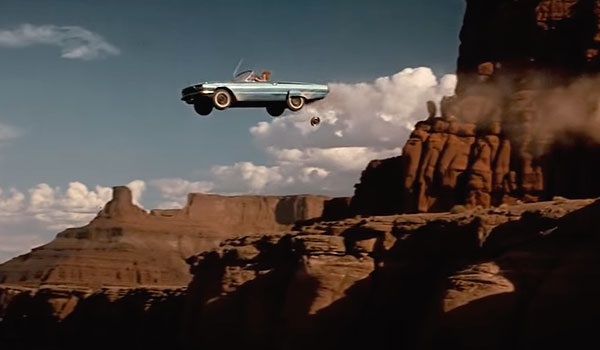 May of 2019 closes out with C69 still with the Canadian Senate, yet to be enacted. As well, a TMX re-approval yet to be delivered.

However ultimately resolved, they will  define much of the future of the Canadian economy and politics, but with obvious  special emphasis for Alberta.

TMX is the last major oil pipeline project entirely within the hands of Canadians to decide. Its has been in a re-approval process since last August when the Federal Court of Appeal nullified its existing approval, pre-empting its commencement of construction, and imposing an extended remedy process related to inadequate aboriginal consultation and scope of the original environmental assessment.  The Trudeau government is expected to provide that re-approval before the end of June. Without it, the Alberta oil sands industry will be reduced in terms of its market access options to the uncertain KXL project, still mired in the deliberations of US courts and vulnerable in any event to Democratic restoration to the Presidency in 2020.

C69 is the long promised Liberal regulatory reform legislation applicable to major energy infrastructure projects, dating back to the 2015 federal election campaign. It would radically rebalance the regulatory process providing those dedicated to obstructing energy infrastructure with new ambiguous approval standards and favorable process changes.  All motivated by an justified reaction against an existing regulatory system that has consistently provided approvals to major hydrocarbon pipeline infrastructure projects despite the objections of the Canadian ENGO movement and other leftist elements.  The bill was passed by the House of Commons last summer, but, as yet, not by the Senate. Over a 190 amendments to C69 are in play in the Senate.  If the Senate to were to pass some or all of those amendments, the ultimate passage of C69 was it was originally conceived by the Trudeau government would be very problematic over the remaining weeks of the current parliamentary session.

With these two decisions in the hands of the Trudeau government, only a few months before the October federal election,  various conservative provincial governments,   most notably in Alberta,  are resisting much of what constitutes federal climate policy, most importantly carbon pricing.

If the implicit quid pro quo between the Notley NDP and the Trudeau Liberals was a minimal recognition of Alberta’s need for market access for its hydrocarbons in exchange for progressive climate policy, that   is no longer operative as the Kenney government deconstructs much of what was the Notley legacy on climate within Alberta.

Trudeau also faces the unpleasant reality of having spent $4 5 billion to preserve the TMX project in the first half of 2018 after Kinder Morgan was ready to abandon the project due the dysfunctions of the Canadian regulatory and legal systems imposed on them. Not approving again TMX is in the context of that $4.5 billion sunk cost.

But to re-approve TMX brings Trudeau little, if any, political benefits, but surely  the enduring enmity of the Canadian left. Even enacting C69 ,as it was passed by the House of Commons, is unlikely  a sufficient off-set politically.

To not re-approve TMX in June and simply procrastinate would only make more polarized not only Alberta but all right of center Canadians. But so what?  From a purely political perspective vis a vis the fall election, it probably has little down side, and arguably some upside in staunching any further erosion of potential Liberal voters from the left, especially if justified on the basis that the aboriginal consultation process is not complete.

Recognize that re-approval of TMX by the end of June will require Trudeau to terminate further negotiations with various FNs proximate to the TMX terminal that are implacably opposed to it.

Canadian conservatives, but especially the new Alberta Premier, are seemingly daring Trudeau  to pass C69 , “as is” and procrastinate on TMX,. For the stakes in play for the economic future of Alberta, one might have thought that some effort at negotiation would have been attempted. But to negotiate would require compromise. What would Alberta trade? Obviously carbon pricing, especially when the federal government would impose it on Alberta in any case.  Why not offer up no litigation of the federal carbon tax backstop in exchange for a TMX re-approval and a do-over on C69? Why not, indeed!

The logic,if any,  for eschewing compromise for  Kenney etal  is that Andrew Scheer will win a majority in October and therefore Alberta will have  all of its its market access demands met while conceding nothing on climate policy. Although Scheer’s prospects have improved over 2019, for reasons that have nothing directly to do with carbon or energy policy, he still has a small probability of a winning a majority.

A higher, more frightening, probability would be the Scheer Conservatives gaining the highest number of seats in the next Parliament but failing to gain a majority, leading to a Liberal minority in coalition with the Green/NDP rump. A result more disastrous to the interests of Alberta and economic rationality within Canada than even what a re-elected Liberal majority would portend. This is seemingly unacknowledged by the Kenney government.