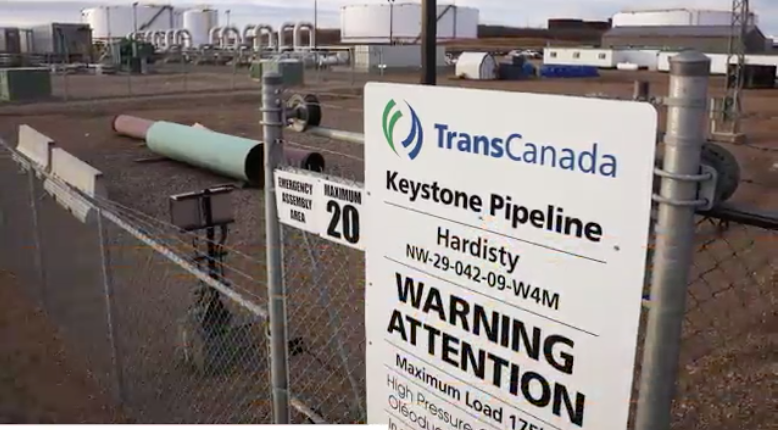 I was a senior officer of TransCanada Pipelines when the Energy East project was conceived and developed commercially, up to the mid-summer of 2014 when I retired (I continue to be a shareholder but obviously I am no longer a company insider).

Two things are clear to me. One: the termination of the Energy East project is a major economic loss for Canada, removing an important option for providing market access for growing production from Canada’s oil sands resource, including direct access to eastern Canadian crude oil markets. Two: The Trudeau government should be stepping up to accept some real culpability for contributing to TransCanada’s decision to abandon the project, instead of resorting to various sophistries and distortions. The real lessons to be learned from the Energy East termination cannot be ignored if this country is to ever have a regulatory and public-policy regime conducive for private capital to take on the risks of major hydrocarbon infrastructure.

Understand some basic facts about this project. It was conceived and developed as an all-Canadian route-alternative to access not only domestic crude oil markets in eastern Canada but also to gain tidewater access to other global markets for Canadian oil sands production, that would not otherwise be accessible. Moreover, it would convert existing underutilized gas-pipeline capacity between Alberta and eastern Ontario, thereby providing significant competitive advantage. The project successfully gained support from a diverse group of Canadian production interests, even as other pipeline projects such as Keystone XL, Northern Gateway and the Trans Mountain expansion were already in advanced stages of development, including pursuit of regulatory approval.

Since TransCanada first filed with the National Energy Board in late 2014, the project has had to cope with litany of regulatory dysfunctions ranging from protracted information requests beyond the initial filing, recusal of the original NEB panel to be replaced by a panel of limited pertinent regulatory experience, failure to use the existing regulatory record prior to the recusal, inadequate security arrangements for attempted public hearings and, worst of all, the recent decision to “re-scope” the issues to be addressed in the hearing itself.

From when TransCanada first conceived this project internally in late 2011, accumulated development costs have exceeded $1 billion, the vast majority relating to the pursuit of regulatory approval. No private sector entity would ever have expended such a vast amount of capital seeking regulatory approval if it had known the dimension of the regulatory and political risk.

The last straw was the re-scoping decision taken by the current NEB panel, and supported by the Trudeau government. This decision concerned whether carbon emissions generated by the production process of the oil to be moved by Energy East were consistent or not with Ottawa’s carbon policy. To be clear, these are not emissions generated by the Energy East pipeline directly, but are emissions TransCanada is not responsible for. The real issue of course is whether incremental crude oil production in Canada is consistent with national carbon policy. That is not an issue to be dealt with by regulators but rather by democratically elected politicians.

In fact, at one point Minister of Natural Resources Jim Carr accepted that responsibility in a memorandum of understanding with the National Energy Board, in late 2015. However, this current NEB panel decided to ignore that with its re-scoping, with presumably the tacit support of the Trudeau government that has to date provided no public justification or rationalization. Little wonder that it was this straw that broke the camel’s back.

Over the past week, the Trudeau government has offered various sophistries to obfuscate the basic point that it bears culpability for a dysfunctional regulatory system and its failure to clarify basic elements of Canadian carbon policy. Lamest of all is the government invoking changed commodity-price conditions as the cause for Energy East’s demise, while it proudly points out that Trans Mountain and Keystone XL are still alive, despite these projects facing the same commodity-price environment.

Others have emphasized, more legitimately, that if those other pipeline projects are actually constructed and before Energy East is even permitted, then Energy East might not have been required based on reasonable projections of future supply and pipeline capacity. Put in more economic terms: Would TransCanada and its shippers still be prepared to bear the costs of holding the option to proceed at some point in time next decade, assuming it was provided a permit? Whatever the economic merits of holding that option might have been, we will never know, as the risk of even getting the permit at all were increased significantly by the re-scoping decision and the failure of the Trudeau government to clarify Canadian carbon policy.

One can only believe that the Trudeau government either believed that TransCanada would bear any dysfunctional regulatory risk without consequence or that, contrary to some of its public pronouncements, the government is actually hostile to a growing hydrocarbon industry.

Dennis McConaghy was formerly the executive vice-president of pipeline strategy and development at TransCanada Pipelines.