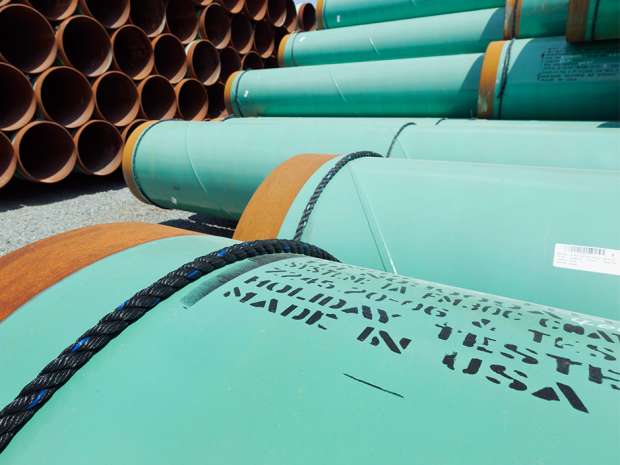 He said it’s been “enormously frustrating” to see Keystone XL stuck in limbo more than seven years after it was first proposed and feels it has not been dealt with fairly in the U.S. regulatory process.

“Carbon pricing was the last alternative at accommodation that could have been tried. It’s still available, perhaps, for our new prime minister,” McConaghy said from London, Ont., where he’s a visiting fellow at Western University’s Ivey Business School.

“I would hope that (Trudeau) would quickly engage with the president on that point. Because there’s no pipeline that would be more valuable to Canada than XL.”

McConaghy’s role at TransCanada was to develop new pipeline opportunities rather than oversee the nitty-gritty of obtaining permits and approvals.

He stressed that he was sharing his personal views, not those of his former employer.

Trudeau has expressed support for Keystone XL, the US$8-billion proposal that would enable 830,000 barrels a day of mostly oilsands crude to flow to the lucrative U.S. Gulf Coast market. During the campaign, Trudeau slammed the Conservatives’ handling of the file.

In a recent blog post for the Niskanen Center, a libertarian think-tank, McConaghy said outgoing Conservative prime minister Stephen Harper showed an “almost pathological resistance to carbon pricing” — even if it meant smoothing the way for Keystone XL.
“Such logic was beyond Harper,” he wrote.

“The Keystone XL pipeline project might have been salvaged if Harper had been more willing to see carbon pricing as a means to address environmental concerns. The failure to pursue approval of the pipeline through carbon pricing is one of the great missed opportunities of Harper’s last term as prime minister.”

Obama has made it clear he will not allow Keystone XL to be built if it worsens climate change and Democratic presidential contender Hillary Clinton has come out against the project.

McConaghy said it does not appear that a string of State Department environmental reviews have been enough to convince Obama that the pipeline is environmentally benign.

In the interview, McConaghy preferred not to dwell on Harper’s missteps and focus instead on what can be done with a Liberal majority government in Ottawa.

“I would hope our Canadian prime minister would be proactive in trying to at least say to the president: ’before you decide anything on this, talk to me.”’

Some of the biggest oilsands operators, including Suncor Energy, Cenovus Energy and Shell have spoken out in favour of a carbon tax — so long as it applies to everyone and doesn’t single out energy producers.

But so far the companies whose pipelines carry oilsands crude to market — like TransCanada — have not said much publicly on that score.

“Five reports since 2010 and 17,000 pages of study by the U.S. State Department Keystone XL will not significantly impact the environment or the climate.”