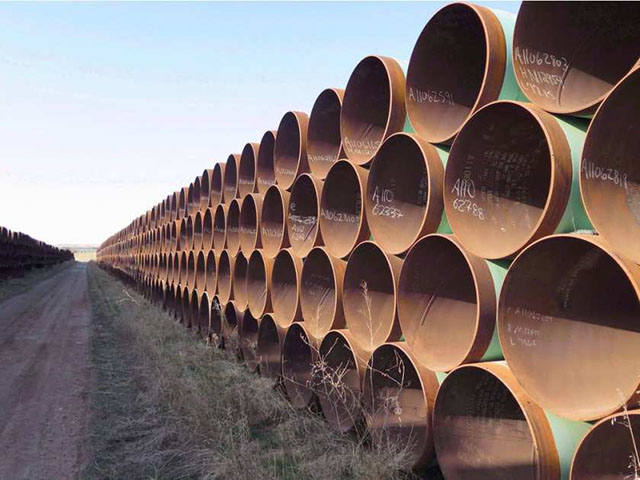 It’s more than a tad ironic that Dennis McConaghy’s book about the Keystone XL pipeline saga is released Saturday — a day after the inauguration of U.S. President Donald Trump, whose campaign included a promise to approve the stranded project.

“How many times in life do you get a second chance?” asks McConaghy, a retired TransCanada senior executive who was involved with the project from the start but left before Barack Obama killed it on Nov. 6, 2015.

The idea for his book, Dysfunction — Canada after Keystone XL, took root as the project faced endless reviews, delays and detours, from the White House, the Nebraska state government and as a result of Canada’s lack of leadership on carbon pricing.

After retiring from TransCanada in August 2014, for McConaghy it was only a matter of when he would write about the Keystone XL debate and how it might have been approved.

The result is a blow-by-blow account of the obstacles Calgary-based TransCanada faced and overcame as it sought approval for the 1,900-kilometre line that McConaghy argues would be the safest ever built in North America.

The pipeline project should never have been worthy of a book, he says.

“But since 2011, Keystone XL had become an icon of resistance for the environmental movement,” he writes. “It had also become an emblem of political dysfunction for the hydrocarbon industry.”

That was never the intent.

Conceived in two parts, the base Keystone reversed a virtually unused natural gas pipeline between Alberta and Manitoba that was extended to carry oil into refineries and terminals in the U.S. Midwest.

Initially extended from Hardisty, Alta., to Steele City, Neb., the base Keystone line was approved, without any drama, by then president George W. Bush in March 2008. It was later extended from Steele City to Cushing, Okla., and — via the company’s Gulf Coast pipeline — from Cushing to the Gulf Coast.

There was little reason to think the XL portion — which would start in Hardisty and intersect with the original Keystone line in Steele City — would prove problematic. After all, Enbridge had received U.S. approval for its Alberta Clipper without undue scrutiny in August 2009.

So what happened after 2009 to derail KXL?

McConaghy raises several reasons, including Obama’s desire to preserve his environmental legacy, despite the State Department’s repeated assertions that KXL would not materially increase emissions or lead to increased development of the oilsands.

He also cites Canada’s inability to institute a price on carbon, a pivot by the environmental movement — frustrated by its failure to stop oil production — to start attacking infrastructure projects and the demise of the complicated Waxman-Markey cap and trade bill in the U.S.

“XL happened because of who was in the White House and his unique vulnerability to the demands of the American environmental movement,” McConaghy said in an interview this week.

“If Waxman-Markey had passed and thus generated a carbon price, the chances are better that XL would have been built. It would have let Canada match that price.”

McConaghy notes Obama was on record saying carbon pricing was the preferred course of action. If Canada had acted, it would have forced the president’s hand, he said.

In his book, McConaghy also doesn’t go easy on Stephen Harper and how the former prime minister advocated for the project or was unwilling to move toward putting a price on carbon.

“He was the best political champion available to (the hydrocarbon) industry, but that does not absolve Harper of his failures on carbon policy for Canada and in turn contributing to the outcome of KXL,” he writes. “Harper did support KXL, but within narrow parameters no longer sufficient by mid-2013 to sway Obama, even assuming they ever had been satisfactory.”

Harper’s infamous “no brainer” remark about why KXL should be approved also didn’t help.

McConaghy also makes the point that industry needed to be more supportive of pricing carbon.

“It wasn’t just Stephen Harper. It was the people at CAPP (Canadian Association of Petroleum Producers) and API (American Petroleum Institute) who were always reluctant to say they were unequivocally for a carbon price,” he said this week.

McConaghy talks of the communications network that arose within TransCanada to deal with KXL, but acknowledges that effective corporate communication has its limits. The entire industry needed to do better, he said.

“The oil industry has to be relentless in getting the facts out, but there are limits to how much communication can accomplish,” he said. “For some people, I don’t believe it’s possible to communicate them out of their positions.”

While McConaghy eviscerates Obama and, to a lesser extent, Harper, he praises the efforts of one politician — former premier Alison Redford.

“Then premier Redford vigorously tried to achieve a breakthrough on the market-access issue, using carbon pricing as a basis of some compromise,” he writes. “Her efforts might have formed the foundation of a proposal to Obama, but it never achieved sufficient industry support, let alone serious consideration from the Prime Minister’s Office.”

He adds Alberta never received the credit it deserved from Washington for its Specified Gas Emitter Regulation.

“It was frustrating that the province did not receive more credit for what it had accomplished with its carbon levy, its transparency on emissions performance and its commitment to improving technology,” he writes.

Much has changed in Canada since Obama rejected Keystone XL, and McConaghy’s argument for a price on carbon as a quid pro quo for pipeline approval has proven correct on the domestic front.

Canada now has a price on carbon and Justin Trudeau’s government has since approved two pipeline projects.

“We need to acknowledge Trudeau came up with a reasonable decision on Kinder and Line 3 and I believe his pricing policy is a reasonable policy for Canada to have,” McConaghy said.

He outlines three potential options Trump might take with Keystone XL, all resulting in its approval.

“Is Trump going to give them the permit based on the existing record? Will they ask TransCanada to do another environmental impact statement, or does the U.S. Congress legislate it and he will not veto it? The last one Obama vetoed.”

“One of those three tactics is being worked out and one will be used fairly quickly.”

One looming question is whether Trump looks for the equivalent of a ‘Christy Clark cut’ in exchange.

Whether the B.C. premier realizes it, her demands of Kinder Morgan, receiving payments in exchange for her government’s approval of the Trans Mountain expansion, set a dangerous precedent, not only within Canada but also with respect to the U.S. and future energy deals.

The strong probability of KXL being built under Trump will be seen as repudiation of what some might call the most fatuous elements of Obama’s environmental policies and it will mark the alienation of the environmental movement in Washington.

For McConaghy and others, neither can happen fast enough.

Photo Credit: A yard in Gascoyne, N.D., which has hundreds of kilometres of pipes stacked inside it that were supposed to go into the Keystone XL pipeline. ALEX PANETTA / THE CANADIAN PRESS