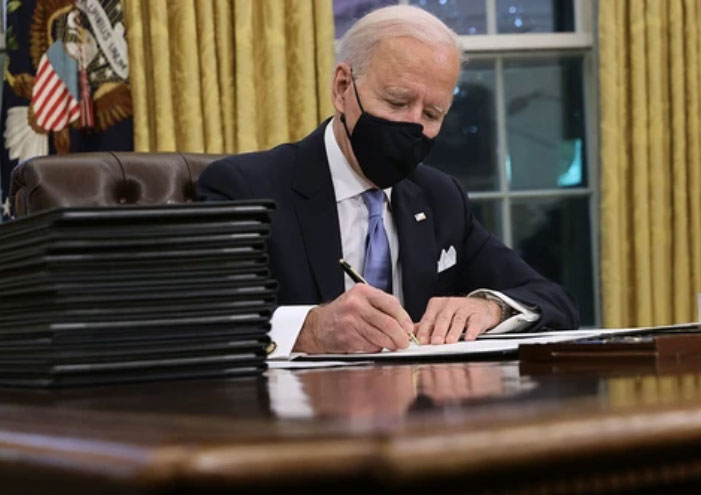 Albertans over the last 50 years have come to be enormously alienated with the prevailing mindset of central Canada, as represented by the governance of the Liberal party.

An attitude of, at best, grudging acquiescence to its economic contribution to Canada, to outright hostility and contempt for that contribution having been based on hydrocarbon production.

Nothing could be more representative of that alienation than the events of the last six weeks.

In late February, Prime Minister Justin Trudeau met with U.S. President Joe Biden, committing to new national targets under the Paris climate agreement in order to work towards the lofty goal of net-zero emissions by 2050.

This is in the context of existing Canadian targets for 2030 that are already fundamentally implausible, with costs more onerous than what any other G7 country has imposed on itself coming out of the Paris Accord. Canada simply has no inexpensive incremental carbon emissions reduction alternatives. Trudeau might actually be honest with Canadians on that point at long last.

But from an Alberta perspective, even more bitter is Trudeau’s eager willingness to move on from Biden’s capricious and unjustified revocation of a lawful permit in respect of the Keystone XL pipeline. A revocation that does not alter the U.S. demand for heavy oil or reduce to any material degree global carbon emissions. Beyond this, revoking the permit ignores a regulatory approval process that had begun back in the Obama administration that culminated in sanctioning the project, and one that successfully withstood various legal challenges over the course of the last four years. This revocation was motivated to demonstrate his “climate bona fides,” with most of the economic consequences imposed on Canada. All of this while Canada has committed itself to a national carbon pricing regime that is as extreme as any currently imposed by any G7 nation ($170/tonne by 2030), and one the Biden administration is virtually certain not to impose on its own economy. An utterly fatuous gesture.

One is only left to infer that the loss of KXL was not a matter of “disappointment” but one of relief for the current Trudeau government. They see this revocation as less incremental emissions for Canada to deal with, regardless of the significant economic value lost to Canada, and especially Alberta.

Trudeau bonds with Biden, and seemingly treats Alberta with both contempt and indifference.

What he should have done was to have insisted that the Biden administration provide compensation to Canada for the value lost from the revocation of the KXL permit. A compensation, not only in respect of existing costs incurred to date but to also cover the lost value from volumes that would have been shipped by KXL, a figure that would ultimately approach $100 billion.

How are Albertans to feel other than angst when its federal government registers nothing more than sentiments of “disappointment” and “let’s move on”? We are left with a federal government that cannot recognize the real economic loss to Canada, and especially Alberta, from the loss of KXL. A loss that will not be recovered through the wishful thinking of “green energy” over the time frame that KXL was to have operated. What is unclear is whether Trudeau or Biden has any real appreciation on how much cost will be incurred on North American economies by imposing the energy transformations necessary even to approach zero net emissions.

Trudeau should have demanded compensation. Such compensation was the price of any future climate collaboration bilaterally, not acquiescence. The Canadian carbon tax regime should have been sufficient to have had the Biden administration stand down on the revocation of KXL.

But if the Biden administration won’t deliver compensation, then perhaps the federal government should. That might really bring home just how much value was lost to a federal government that seemingly cannot relate to the concept of how scarce real economic value is. And for Alberta to have the moral high ground to make that demand of Ottawa, it needs to accept carbon pricing with a stringency approaching the $170 standard.

PHOTO CREDIT – U.S. President Joe Biden signs a series of executive orders in the Oval Office, including an order withdrawing the construction permit for the Keystone XL pipeline, on Jan. 20, 2021. PHOTO BY CHIP SOMODEVILLA /Getty Images