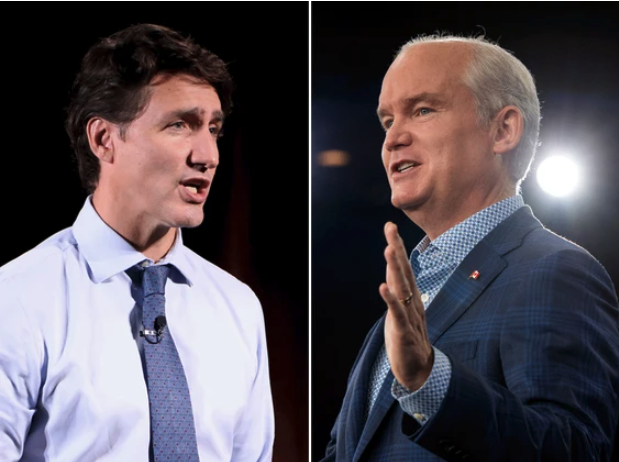 Especially in the context of a federal election, Canadians should expect of the leaders of both the Liberal and Conservative parties that their positions on climate and energy are articulated both forthrightly and fulsomely. The whole truth and nothing but the truth.

Since December 2020, the Liberals have predicated their climate policy on imposing a carbon price on all Canadian emissions up to $170 per tonne, along with roughly $16 billion of incremental public spending on various “green” initiatives and certain “mandates” to change how Canadians consume hydrocarbons. The Liberal assertion is made that collectively these policy elements will virtually ensure that Canada will meet its Paris emission reduction target, if not exceed it.

The Liberals need to be challenged on what they will do if the other countries that Canada principally trades or competes with come nowhere near imposing on themselves the same level of carbon pricing, mandates or climate-related spending, normalized for the scale of their respective economies. Do the Liberals expect Canadians to have these massive costs imposed on them unconditionally? How much altruistic sacrifice is expected of Canadians? Or is it the Liberal position that Canada faces a unique moral imperative, regardless of any constraint of economic self-interest? Please clarify, Justin Trudeau.

As for the Conservatives under Erin O’Toole, they have at long last embraced carbon pricing via carbon taxes. Non-industrial emissions would not face a carbon tax exceeding $50 per tonne, apparently indefinitely. As for industrial emissions, the carbon tax would ascend over time to $170 per tonne, provided that some test of comparability with carbon pricing in the U.S. and European Union was met. Still, meeting the existing Paris emission reduction targets is a fundamental element of the Conservative position on climate. However, if carbon pricing is constrained, achieving Paris emission reduction targets will require other market interventions to generate more incremental emissions reductions. And again, unclear at what cost.

Sadly for Canada, neither party is willing to define Canadian carbon policy solely in terms of transparent, uniform carbon taxes on Canadian emissions, determined by comparable pricing in countries Canada trades and competes with. But even worse, both parties are committed to a UN process that has never served Canadian interests instead of trying to fundamentally re-invent it.

Can neither appreciate that if Canada were to lose the export revenue it currently derives from hydrocarbon production (the largest industrial contributor to Canada’s total export revenue) by some climate-related prohibition, it would make no difference to global emissions? Other producers of hydrocarbons, notably heavy oil and LNG, would meet that demand regardless of Canada’s economic sacrifice.

Can neither appreciate that until countries such as China, India and Russia are willing to impose carbon pricing on their economic systems, or its equivalent on terms similar to what G7 nations might come to collectively impose on themselves, Canada’s economic sacrifices will be both inadequate and unfair?

Or that adapting over time to potential global temperature increase on the order of 3 C, as measured prior to the Industrial Revolution, may actually increase global human welfare more than an apparent robotic commitment to zero net emissions by 2050? Can either concede that real possibility

Canadians should have these questions confronted by both O’Toole and Trudeau, especially as we are now so close to the Sept 20 election date.

Photo Caption: The Liberals and Conservatives have both released their climate plans, but columnist Dennis McConaghy still has so many questions.