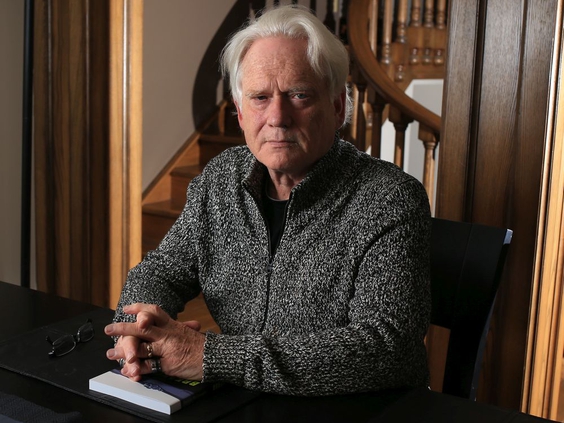 All Albertans should read with special attention the sections of the Trudeau government’s throne speech that relate to climate policy. It is not an overreaction to say its proposed measures represent an existential threat to Alberta.

The Trudeau government intends to increase Canada’s already-implausible 2030 carbon emission reduction targets arising out of its participation in the 2015 Paris Accord. To legislate Canada’s goal of net-zero emissions by 2050 presumes that failing to do so would be unlawful.

The resulting “climate action” to realize these emission reductions would be the cornerstone of the government’s intention to create a million new jobs in Canada.

The specifics on how to achieve these targets have yet to be fully disclosed, but some were referred to in a number of ways: funding retrofits of Canadian infrastructure, providing subsidies for zero-emission vehicles and their related infrastructure, enabling more transit options, and offering fiscal incentives for “green” investment.

With these unrealistic goals, even more draconian interventions will be required and should be expected, such as applying national fuel standards that will ultimately prevent Canadians from using their own domestically produced oil in their own refineries and eliminating the potential of hydrocarbon production for export.

Achieving net-zero emissions requires a fundamental change of our energy systems, with incremental expenditure of likely hundreds of billions of dollars, leading to reduced GDP over the short and medium term. The government needs to be transparent with all Canadians about the costs of what it is proposing to do — costs that are not just incremental new investments, but also the opportunity cost of lost hydrocarbon export opportunities.

Obviously, much of the cost burden will be imposed on Alberta. But curiously, the throne speech does not choose to acknowledge that reality.

Climate change is real. The increase in atmospheric concentrations of greenhouse gases is man-made. It requires a global co-ordinated policy response. But it is a risk that must be dealt with through intelligence while balancing all relevant considerations. That is especially true for Canada.

Canada contributes less than two per cent of global carbon emissions, with very few “cheap” emissions reductions opportunities, unlike some of its major trading partners. It substantially decarbonized its electric generation sector long before it ever got credit for that from the UN climate process, whose measures continue to be especially punitive to Canada.

A credible and proportionate climate policy for Canada would be one based solely on carbon pricing and constrained by what carbon pricing regimes its major trading partners are prepared to impose on their economies. This would allow the Canadian economy to adapt reasonably and be driven by price signals rather than regulations or subsidies. What could be more transparent? Sadly, this has never been endorsed by any of the major federal parties or provinces.

For a country contributing so little to global emissions while its hydrocarbon export sector continues to be a major component of national GDP, what approach could be more credible and proportionate? Bluntly put, if the majority of the developed world cannot even bring itself to impose a $50/tonne carbon tax on itself, why would Canada impose the equivalent of $200/tonne plus?

All Canadians should insist that the Trudeau government be transparent on the net benefit, if any, of the fundamental energy transformation it is about to impose. This should be even more obvious in a post-COVID world. Canada cannot afford to impose unjustified costs on itself.

But what Albertans should remember is that before such a transformation is entrenched, it is validated by a federal election. The basic fairness of that should be obvious to all fair-minded Canadians.

Dennis McConaghy is a retired TC Energy executive and author on energy-climate policy in Canada. His most recent book, Breakdown: The Pipeline Debate and the Threat to Canada’s Future, won the Donner Prize this year for Best Public Policy Book by a Canadian author.