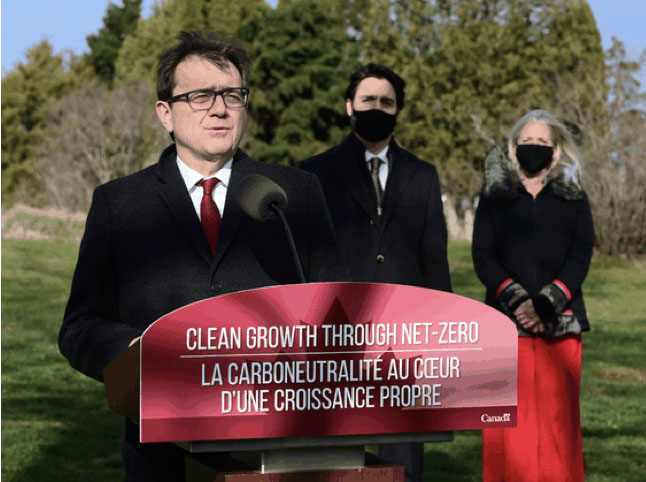 The Trudeau government has announced its intention to enact Bill C-12, which would commit Canada to achieving net-zero GHG emissions by 2050. It was conceded in Trudeau’s personal remarks that this goal was “ambitious” but necessary to avoid the worst impacts of climate change, “while creating good jobs and a competitive economy for years to come”.

He said nothing to justify this apparently unilateral and unconditional national commitment. Decarbonizing the Canadian economy is neither simple nor cost-free.

Eliminating fossil fuels under this timeline will lead to the premature retirement of existing, economically viable energy infrastructure for alternatives that will impose a higher cost or lower reliability if required to replicate on the same scale.

And finally, it doubtlessly will imply that — over time — Canada would forgo the economic contribution of its hydrocarbon exports in a world that has yet to prove in any substantive manner that it can do so without hydrocarbons as part of the global energy supply mix. Other countries will serve the demand that could have been supplied by Canada, with no net improvement in global GHG emissions.

This is an indication of the enormity of the transformation implied by Canada taking on this goal.

It is simply disingenuous, if not outright dishonest, to set out this net-zero emissions goal for Canada without justifying it. Canadians should insist that the Trudeau government be explicit and transparent, sharing what carbon tax equivalent would be required to achieve this net-zero emissions goal by 2050. That would perfectly put into context what is expected of Canadians, and especially Albertans. To date, this has not been done or even attempted, rather we’ve only heard of moral imperatives and yet-to-be defined “good jobs” in an imagined green economy — regardless of Canada’s competitive advantages, climate and resource endowment.

Even worse, there is no apparent conditionality to this net-zero emissions goal. This is a sacrifice for Canadians to make, regardless of whether the other countries that Canada trades and competes with are prepared to impose a comparable objective on themselves.

To enact this legislation in the current parliamentary circumstances is unjustified. It should only occur after a federal election has occurred where the merits, if any, of such a profound and potentially costly national commitment are fully before the Canadian electorate. The election of 2019 was no such de facto referendum. At best, Trudeau talked about net-zero emissions at best as a national aspiration.

Net-zero emissions by 2050 may not even be an optimal climate policy globally. Reinventing the entire UN process based on a consensus of developed countries for uniform rising carbon pricing over time, with an emphasis on adaptation to rising temperatures on a reasonable reduction, is an entirely viable alternative. For Canada, it would better align with our fundamental economic interests. Canada should be an advocate for that re-invention.

That proposition should be part of the national debate on entrenching Bill C-12 legislatively.

If ultimately Canadians are willing to impose on themselves the equivalent carbon prices in excess of $200 per tonne, unilaterally and unconditionally, to advance this extreme and punitive climate objective after having tested that proposition in the crucible of a national election, so be it. But is not now the case.

All Canadians should insist that Bill C-12 be put to that test. But especially so for those who control the major elements of the Canadian and Alberta economies.