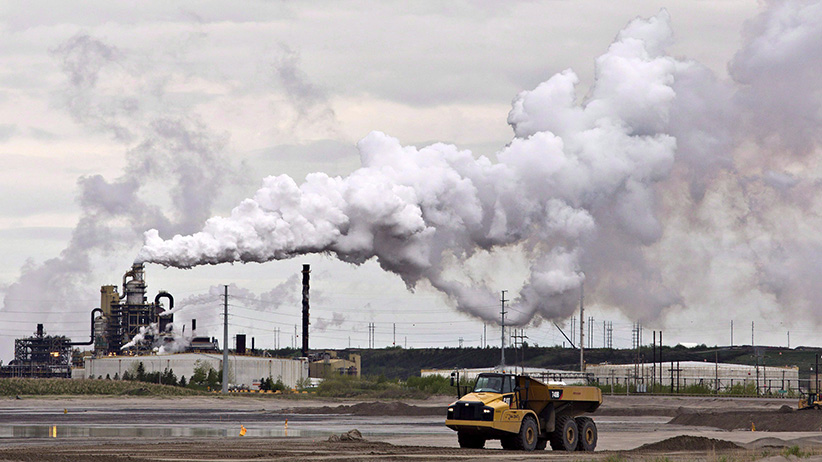 Over the last three weeks the Trudeau government has introduced significant changes to energy and climate policy—the Petronas LNG facility was approved (despite potentially being the biggest single incremental carbon emitting facility in Canada), a national carbon pricing standard was announced and the Paris Climate Accord was ratified. At the same time, Alberta Premier Rachel Notley has clarified her insistence on a pipeline deal as a quid pro quo for her support for Trudeau’s carbon pricing plan.

Predictably the Canadian left was in full dismay, as no hard mandates or explicit prohibitions were provided as to how Canada would physically achieve its Paris targets.

But more significant has been the failure of the Canadian right, as primarily represented by its existing political leadership in Ottawa, Alberta and Saskatchewan, to bring anything constructive to the debate on appropriate carbon and energy development policy. Is one really to infer that climate change denialism is their actual position; that they support disingenuous emission reduction targets and implausible invocations of technology breakthroughs; or that they rely on old shibboleths such as the immateriality of absolute Canadian emissions to justify “doing nothing”?

If the experience of the last eight years, since the Keystone XL pipeline application was first filed, has taught us anything, it must surely be that the failure to have a credible national policy has cost Canada dearly, and will continue to do so. It’s felt materially in terms of the obstruction to needed infrastructure like pipelines, restrictions on carbon intensive energy exports and a continued lack of internal resolution on capturing the economic potential from our natural resource endowment.

Carbon pricing is the only policy alternative that can potentially integrate climate credibility for Canada with its hydrocarbon potential. But not with the terms outlined to date by the Trudeau government with respect to its national pricing standard. The Canadian right should be insisting on some specific adjustments that would materially improve carbon pricing’s effectiveness, fairness and above all value to Canadians. Specifically:

Sadly to date, most conservative reaction to the Trudeau national pricing standard has not been about how to perfect it, as laid out above, but rather just plain obdurate resistance—not only to carbon pricing but seemingly to any credible carbon policy at all. The usual litany of criticisms have been the cited:

Some elements of the Canadian right have advocated for sectoral regulation of emissions but with no elaboration of how costly such regulation would be to the Canadian economy relative to a revenue neutral carbon tax.

Others have argued that past initiatives should justify exemption from a national carbon tax going forward. Of course, if such actions had actually resulted in less emissions, then less tax would be paid prospectively. What other consideration could one logically expect?

The lesson of the last eight years has been that the lack of credible national carbon policy has given an additional legitimacy to those dedicated to the obstruction of needed infrastructure for Canada’s energy sector. The loss and delay of that infrastructure has imposed a real cost of the Canadian economy.

Visit Alberta today if anyone disputes that reality. There is real economic pain in the province, as evidenced by unemployment rates at levels unseen in the last 60 years, including significant numbers of highly skilled professionals previously engaged in resource production and development. Admittedly, the decline in commodity prices has been a fundamental and significant contributor to this. But it has been made manifestly worse by the lack of market access for Alberta’s oil sands, especially with the loss of Keystone XL. To many in Alberta today, the most visceral question is “what are we getting for this carbon tax?” This is entirely understandable and especially poignant.

The best response to that question is that a carbon tax, appropriately conditioned, is a necessary condition for a break through on market access. That breakthrough would improve cash flow to all stakeholders and ultimately lead to greater capital investment and restored employment levels.

But credible climate policy via carbon taxes must include the conditions set forth above. That should be the conservative cause—not whether carbon taxes are to be accepted, but rather how they can be perfected in the Canadian context. Make a stand for that, not de facto climate denialism and advocacy of costlier policy alternatives.

Dennis McConaghy is a retired Canadian energy executive with more than 30 years of experience, including at TransCanada where he was involved in planning and developing the Keystone XL pipeline. He is also author of the upcoming book “Dysfunction: Canada after Keystone XL.”