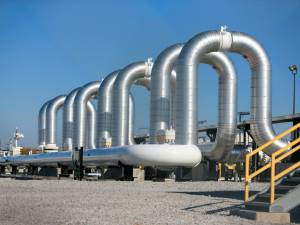 A significant campaign promise for the Trudeau government was a re-invention of the regulatory approval process for major energy pipelines, to “restore public trust and confidence” in federal regulatory decision-making. Whether that concern was really legitimate across any substantial portion of the Canadian public was always an open question, but it was seen as a significant differentiation between the Trudeau Liberals and the Harper Conservatives.

Eventually, in 2016, two panels were created, one to examine the federal environmental assessment process under the jurisdiction of the Canadian Environmental Assessment Act (CEAA), and the other to review the regulatory processes of the National Energy Board (NEB), Canada’s longstanding federal regulator for energy infrastructure. The second panel was referred to as the NEB Modernization Panel.

The NEB Modernization Panel should be commended for recommending that the traditional NEB process be transformed into a two-step process. The first phase would review a project at a high level, to determine whether the proposed project meets a basic public-interest test.

Importantly, the first-phase determination would be made within 12 months and would require an affirmative decision by the (elected) federal cabinet. A positive first-phase decision would effectively confirm that the government of Canada supports the project, subject to detailed regulatory and environmental review and any other conditions the cabinet might impose.

Projects that earn first-phase support would move on to a more detailed and rigorous second phase, where the NEB or a similar regulatory authority would review the project from environmental, technical, commercial and other perspectives. Proponents would invest significant dollars to prepare and submit a second-phase application, much as they do today. However, unlike today, proponents would spend that money knowing that the federal cabinet is fundamentally supportive, subject to a more expensive and detailed second-phase review.

What this would specifically redress is the dysfunctional experience of the Enbridge Northern Gateway project, a well-engineered pipeline that was reviewed and approved by the Harper government only to be overturned by the Trudeau cabinet, after more than half-a-billion dollars had been spent on the regulatory process. This is not just a Canadian problem: TransCanada spent more than $3 billion to secure regulatory approval for the American section of the Keystone XL pipeline, only to have the project overturned by the Obama administration for strictly political reasons.

Democratically elected governments should accept their responsibility to make clear whether particular economic activity and related infrastructure are deemed to be fundamentally aligned with their view of the public interest, or not. This should done as early as practically possible.

The recommendation of the NEB Modernization Panel would resolve this unbearable situation. Proponents would not be required to invest hundreds of millions of dollars in detailed regulatory submissions and reviews until their projects have passed the political public-interest test of phase one.

Some would argue that the enormous cost of submitting detailed regulatory applications is simply the cost of doing business in Canada. That might have been the case in past decades, where regulatory reviews were largely technical and workmanlike. Today, even the largest companies will shy away from building new regulated infrastructure without some assurance that there will be a successful and financially sensible outcome at the end of the process. Canadians should have no illusions about this: today’s unending and unpredictable regulatory processes have become an unbearable risk that no well-run company can take.

Obviously, there is much work to be done to establish the specifics of a two-part regulatory process. That work should be taken on by Natural Resources Canada and other relevant federal entities. We hope the natural resource minister will introduce enabling legislation in the next throne speech, as a legislative priority for the Trudeau government in 2018.

Apart from the two-phase process, some recommendations of the NEB Modernization Panel do need to be reconsidered. Deconstructing the NEB and creating a new regulatory entity is probably unnecessary, as is the recommendation that the NEB or its successor be uprooted from Calgary and relocated to Ottawa.

Creating a more elaborate governance structure around the NEB is dubious at best. The panel should have reaffirmed the principle that all Canadians should be assured equal status before the NEB, and the federal government itself, to the extent they are legitimate stakeholders or parties bringing genuine and valuable evidence to the regulatory process.

The Trudeau government would do well to reaffirm the primacy of the NEB as the regulatory agency that has authority for the certification of major energy infrastructure projects under federal jurisdiction.

But most importantly, the Trudeau government must accept the compelling logic of the proposed two-step NEB process.

Hal Kvisle is chairman of ARC Resources and former CEO of Talisman Energy and TransCanada Corp. Dennis McConaghy is a retired energy executive, formerly of TransCanada, where he was involved in planning the Keystone XL pipeline.