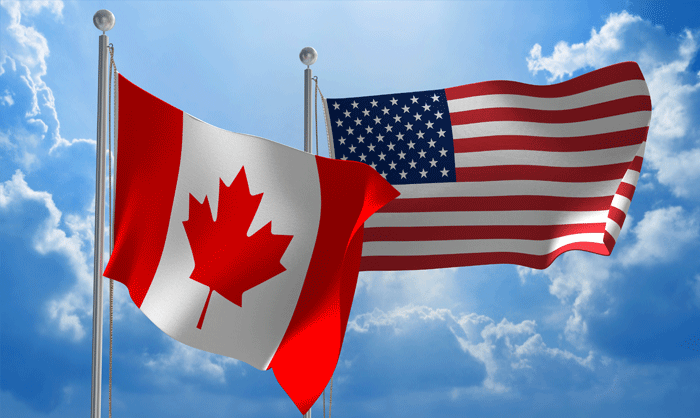 Donald Trump missed an opportunity this past week. Instead of simply withdrawing from the Paris Accord, he could have insisted on a fundamental renegotiation of its most basic premises as the price of the US continuing to be a party to virtually the entire UN climate process itself.  That could have been a stark challenge to the rest of the G7.

Instead, his withdrawal was rationalized on the basis that the entire Accord was uniquely unfair to the US relative other major emitting countries and US trading partners.

All of which is steeped in irony in that by 2030 the US may well meet its “commitment” on emissions reductions, made as part of the Paris Accord   regardless, based primarily on the continuing increase of natural gas and renewables in the US electric generation supply mix, and the corresponding reduction of coal. This was framed by the Obama administration as cutting US GHG emissions by almost 30% from 2005 levels by 2025.

What renegotiation would actually mean for the Trump Administration is unclear, apart from presumably insisting that the likes of China and India would be no longer provided any “grace period” to avoid national emission reductions.

To date, the Trump Administration has shown no intention of relying on carbon pricing as a fundamental alternative to structure of the Paris Accord, a summation of national emission reduction pledges, within the context of aspirational commitment to 2C global temperature increase containment.

Incredibly, Canada accepted the same Obama target, modified only by achieving the target by 2030 instead of 2025, despite having fundamentally different circumstances in terms of its electric generation infrastructure, share of its economy based on fossil fuel production and inherent climatic conditions.

That Canadian target was first tabled by the Harper government in early 2015 and re-affirmed by the Trudeau government at the actual Paris meetings.

To date, no Canadian government has actually explained to Canadians how such a target would be met or how much it would cost to meet it. And even more importantly, how that cost would compare to what Canada’s major trading partners would be imposing on themselves to meet their emission reduction targets as part of the Paris Accord.

None of this is exactly surprising given that such a cost will be far in excess of what would be politically palatable if transparently and genuinely shared with Canadians. Best public estimates suggest that to achieve the Canadian target would require carbon prices near $200/tonne to economic justify the fundamental changes in how Canadians would use energy domestically and eliminate its ability to economically sustain its existing hydrocarbon export industry.

Contrast with the US where to meet its target may require carbon prices, applied explicitly or implicitly, perhaps not much more than $30/tonne.  That again reflects their fundamentally different circumstances than what pertains to Canada, especially with respect to its electric generation mix.

Also, recognize that to date no prohibitions exist within any of Canada’s major trading partners for crude oil or natural gas consumption or domestic production.  Moreover, any credible forecast of global crude oil demand shows virtually no decline out to at least the middle of the century. Natural gas consumption forecasts increase in absolute terms over most of the remainder of the century.

The Trudeau government instead of being “deeply disappointed” with Trump’s withdrawal should have seen it as an opportunity to exhort the G7 to reconsider the terms of the Paris Accord, but not to abandon collective action to deal with the risk. Ideally to re-invent it on the basis of carbon pricing rather than carbon reduction commitments – what carbon price would the developed economies collectively impose on themselves, uniformly and transparently, and on what terms would that tax change over time. Canada would be prepared to meet that resulting carbon price.

Such a renegotiation would undoubtedly be more aligned with Canada’s fundamental economic interests especially in terms of preserving Canadian competitiveness and the contribution over time that hydrocarbons make to the Canadian economy.

As matters stand now, where does Canadian carbon policy go?  Canada has both an implausible target is presumably committed to and a carbon pricing standard that is major trading partner, the United States, has yet to achieve federally, despite the reality that a few states that have some form of cap and trade based emissions trading, however none have yet achieved carbon pricing levels approaching Canada’s pricing standard.

Does Canada simply absorb its competitiveness disadvantages over at the least the next four years while consoling itself that a second Trump administration is an impossibility?

What the federal government do immediately is provide four clarifications of Canadian carbon policy to Canadians:

Those principles are robust whether the US is in Paris or not.  Trump’s withdrawal simply takes it even more urgent to enunciate them and implement them as core principles of Canadian carbon policy.